The LR1 & LR2 risk models can be used by medical doctors to preoperatively diagnose ovarian cancer in women who have at least one persistent adnexal (ovarian, para-ovarian, and tubal) tumor and are considered to require surgery. Both LR1 & LR2 estimate the probability that an adnexal tumor is malignant. Both LR1 & LR2 was developed by clinicians and statisticians from the International Ovarian Tumor Analysis (IOTA) group, based on clinical and ultrasound data from 754 women recruited at 9 centers in 5 countries (Italy, Belgium, Sweden, France, and UK). All patients included required surgery as judged by a local clinician. All current diagnostic models for adnexal tumors (e.g. IOTA models, RMI, ROMA) have been created for patients undergoing surgery, i.e. patients selected for expectant management were excluded when creating the model.

A simpler version (LR2) using six selected variables was also developed. These were the six variables that were first entered into the model LR1 when using stepwise selection of variables. There is one clinical variable, age (in years), and five ultrasound variables, maximal diameter of the largest solid component (in millimeters), irregular internal cyst walls, papillary projections with detectable flow, acoustic shadows, and ascites. All patients included required surgery as judged by a local clinician. As with all current diagnostic models for adnexal tumours (e.g. IOTA models, RMI, ROMA) it implies that patients selected for expectant management were excluded when creating the model. As a consequence LR2 cannot be applied to conservatively treated adnexal tumors.

The manuscript describing the models was published in the Journal of Clinical Oncology. The models have been externally validated in several subsequent studies. These studies confirm the discrimination between benign and malignant masses. However, calibration results suggest that both LR1 & LR2 underestimates the risk of malignancy.

Please note both LR1 & LR2 cannot replace training and experience in ultrasonography and cannot compensate for poor quality ultrasound equipment. The parameters used in both LR1 & LR2 are based on the terms and definitions as published by the IOTA group.

BLUEBERRY DIAGNOSTICS has implemented ―for training or educational purposes― tha last versión of LR1 & LR2 for Ovarian Cancer screening and detection. Use is free of charge and not limited. 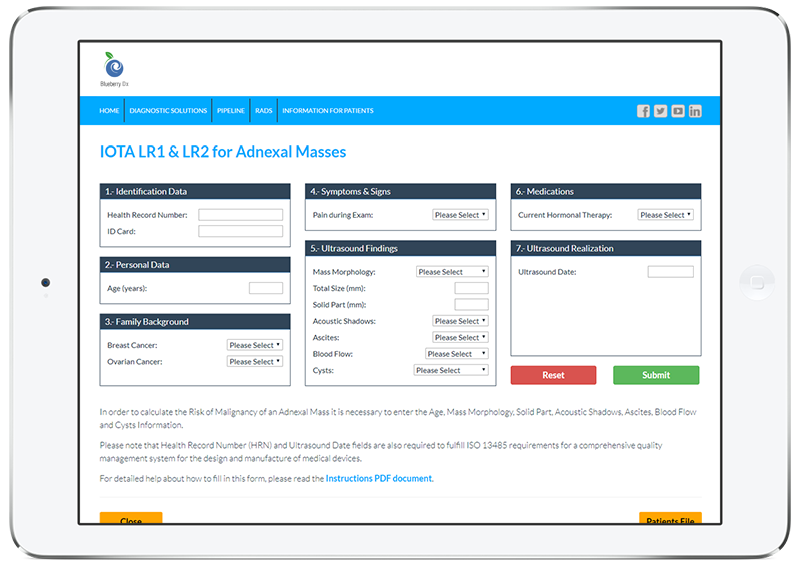 Once entered the patient data, our LR1 & LR2 Score Calculator for Ultrasound presents the results as a PDF document, that can be downloaded or sent by email. 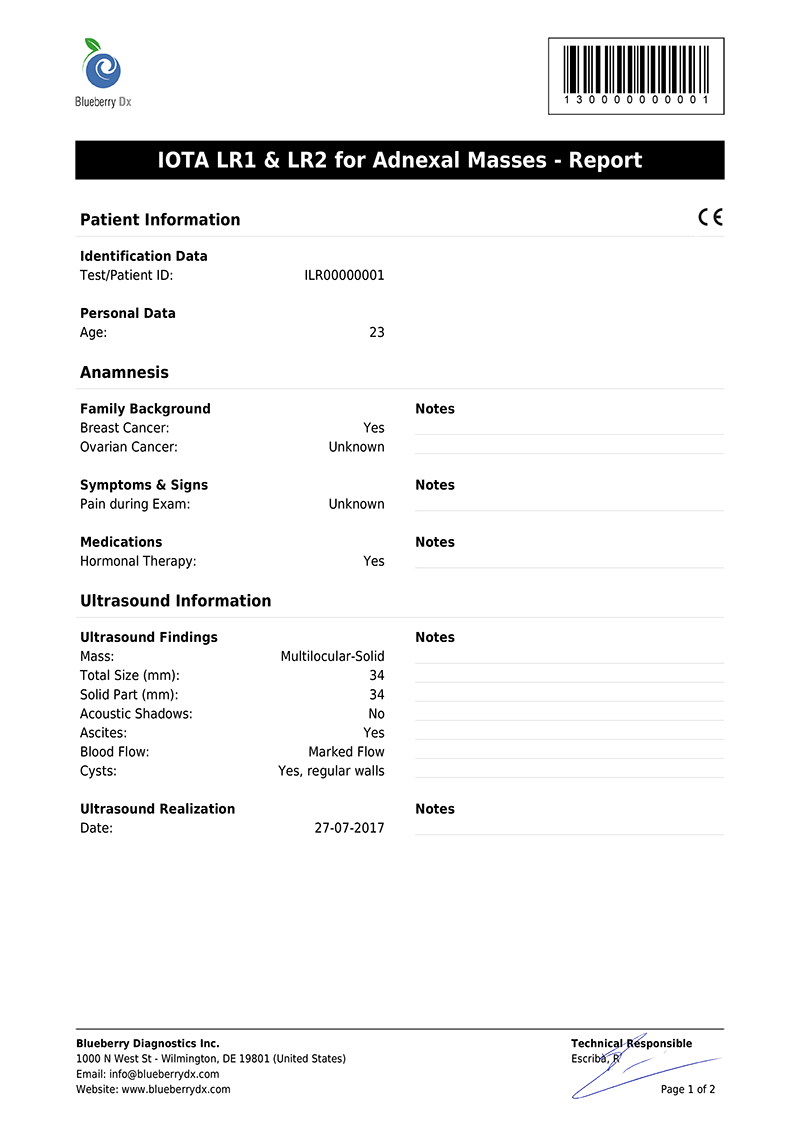 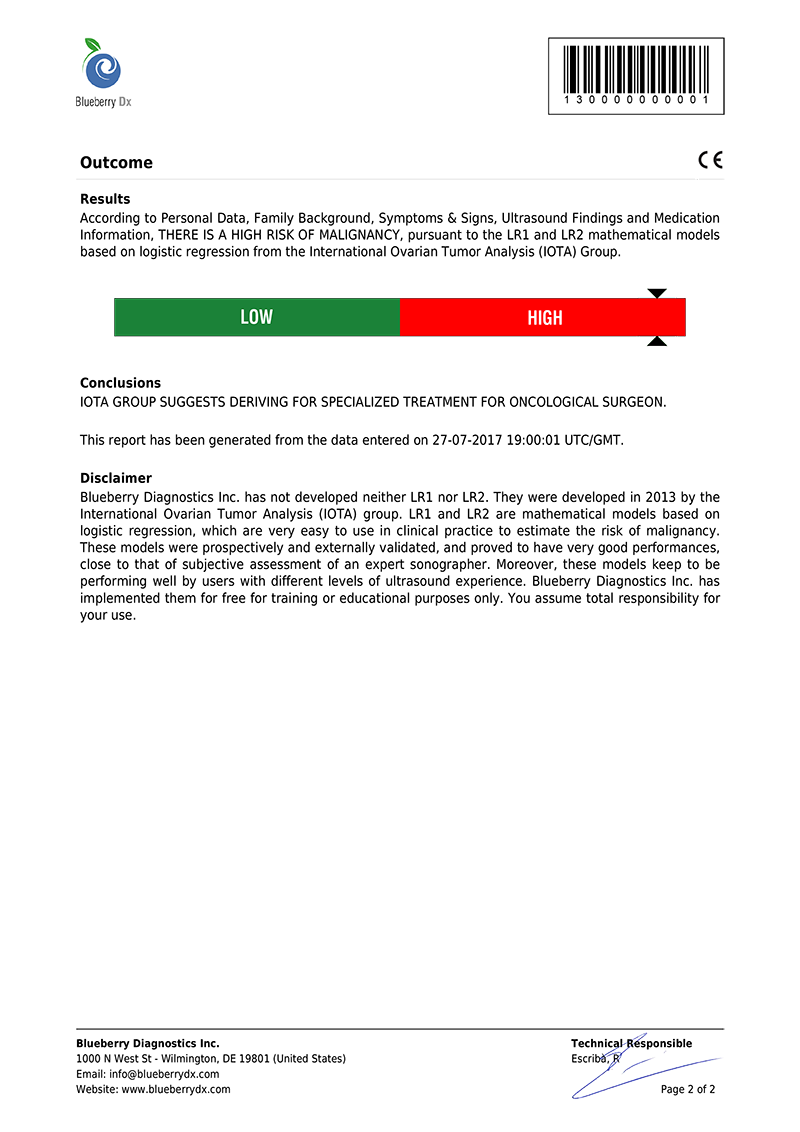 The report includes all Patient Data as well as Score, calculated according last version of IOTA LR1 & LR2.

The Science Behind IOTA LR1 & LR2